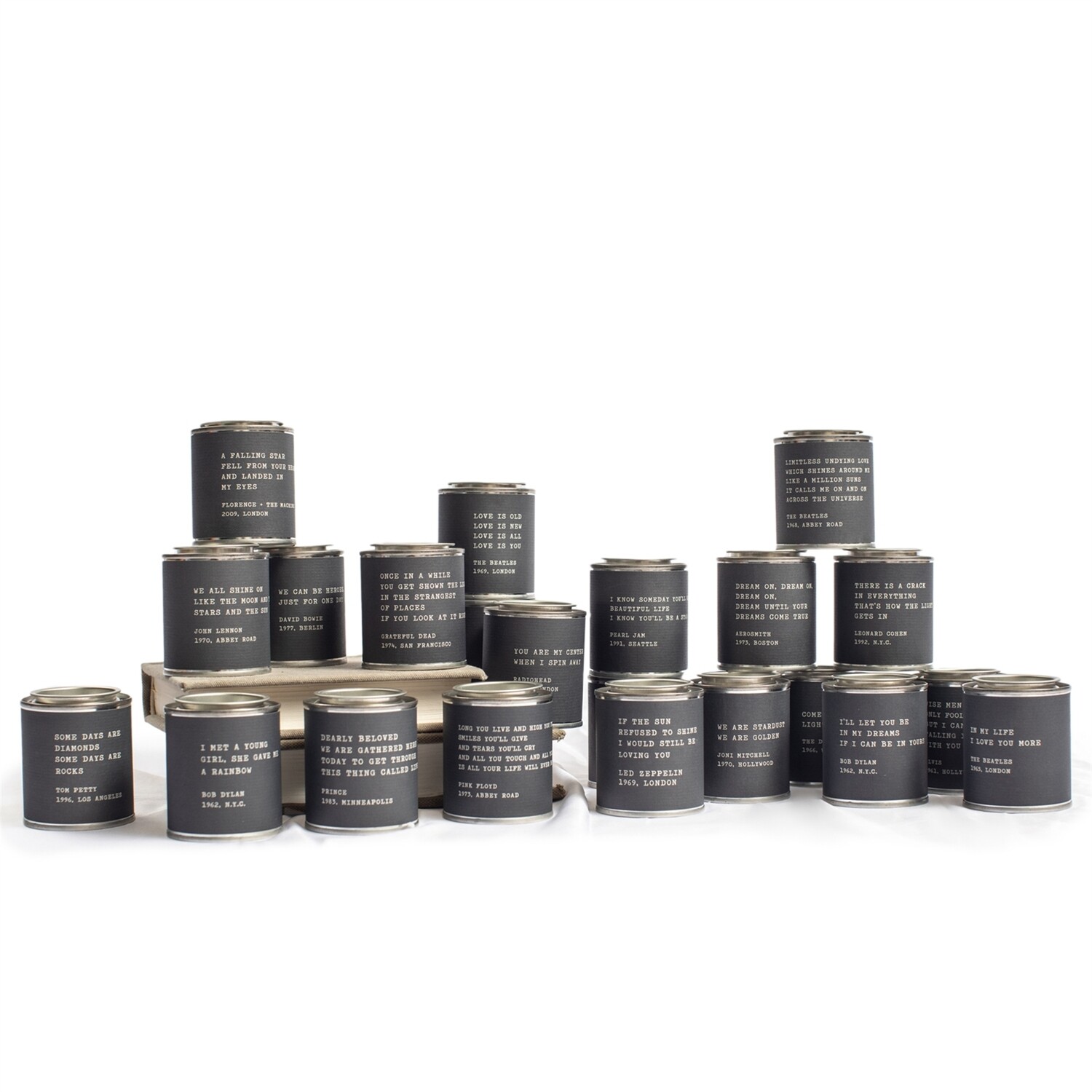 Long live Rock & Roll! These little candles are inspired by the Legends we all (hopefully) grew up listening to. Light one up and put a little music on- it's a winning combination.
Notes of patchouli and amber.
These 3oz candles are vegan and made of soy wax. All the same scent, patchouli amber
Do not burn for more than four hours at a time.

Save this product for later
Display prices in: USD